Folk Dance Remixed is a groundbreaking company creating unique fusions between folk and hip hop styles with live music. Led by Artistic Directors Kerry Fletcher and Natasha Khamjani, the company rediscover old traditions through contemporary forms. Folk Dance Remixed is about generating a creative playground to grow new and innovative ideas of mixing folk dance and music of many cultures with contemporary and street dance styles by making new work and creating a new and exciting fusion.

The initial idea of Street Dance the Maypole was launched by East London Dance at Big Dance in 2010 where Natasha and Kerry worked with several schools and arts festivals, including the Barbican, to create upbeat performance pieces and participatory workshops for all ages to join in. In 2011/12 they continued to build and develop the workshop programme, at events such as the Queens Diamond Jubilee at Battersea Park, and began to develop their new company, Folk Dance Remixed, and devise the show, Step Hop House. Alongside the show they created the Ceilidh Jam social dance and pop-up performances and workshops. In 2013 they received their first Grants for the Arts award from Arts Council England. Following a tremendously successful tour over the summer of 2013, including appearances at Sidmouth Folk Week and Stratford Rising Festival, they are excited by the high demand for their work and look forward to more remixes in the future!

Currently Kerry and Natasha are working towards another funding bid to take the show, workshops and Ceilidh Jam on a national tour in 2015. This will include the development of a youth dance company and a programme of holiday courses for young people. With a wealth of ideas for new work during the next few years, for example Remixed Rapper Sword Dancing and creating a full-length family show, they will be nurturing new partnerships to enable them to take their vision of magical, spectacular performances and participation forwards.

Folk Dance Remixed are most often programmed as part of free arts and community festivals and events and each event has a participatory element with either Street dance the Maypole workshops and/or the Ceilidh Jam Pop Ups and social dances.

A high-energy 30-minute professional performance offering a unique remix of maypole, clogging and ceilidh with street styles including house & breakdance & international folk styles including African & Bhangra. All set to a live soundtrack with fiddle, banjo, percussion & beatboxing. Performed by a cast of 9 diverse dancers with 4 musicians, this is folk dance like youve never seen it before!

A workshop programme that gets the audience learning a funky street dance routine and mixing it with maypole moves, such as the Chrysanthemum Wrap and the Ripple.

Audiences can learn a traditional ceilidh formation dance and fill it with their best freestyle moves and hip hop grooves.

"Being involved in the Street Dance the Maypole series was an outstanding opportunity for the Detonate male dance students at Jo Richardson Community School. Working together to create something so exciting and unique really drew the boys together into a band of brothers and created a special buzz around the department and school. Having the opportunity to showcase our work at the Barbican, London bought the schools reputation into the community and inspired many others to follow Detonate and their work.

"Folk Dance Remixed is a company that truly fuses old with new, making obvious the links between different traditions of dance. Seeing their show at Cecil Sharp House the audience was a great mix of young funky urban Londoners with older, traditional folk dance fans. The ceilidh brought everyone together as if they always knew they been dancing to the same beat! A proper fusion!"

Refreshing and innovative! Truly crowd pleasing! We watched this performance amongst all walks of life and a huge age range, all thoroughly gripped and entertained, a must see! 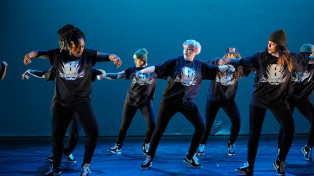 Warning: Use of undefined constant thumbnail - assumed 'thumbnail' (this will throw an Error in a future version of PHP) in /homepages/43/d118323060/htdocs/clients/eld/wp-contents/themes/eld2014/content-artists.php on line 119 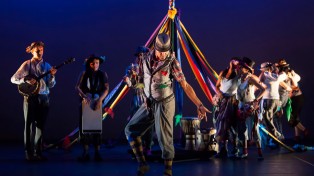 Warning: Use of undefined constant thumbnail - assumed 'thumbnail' (this will throw an Error in a future version of PHP) in /homepages/43/d118323060/htdocs/clients/eld/wp-contents/themes/eld2014/content-artists.php on line 119

Varmints tells the poignant story of a woodland creature's struggle to preserve a world in danger of being lost to the ever expanding city. 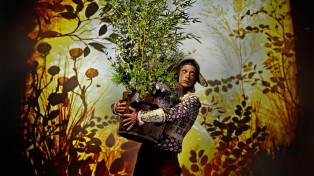